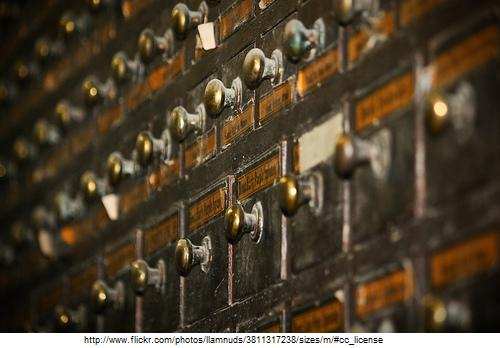 San Pedro de Abanto I: The weeks leading up to the battle.

On 27 February 1874, Antonio López departed on a special train from Granada to join the Army Operations North. My great-great-grandfather was twenty years old and the military life was his only path to prosperity. His departure from his home, a village on the plain of Granada, coincided with bad news from the northern front. General Morriones and the twenty-five thousand strong Liberal army, tasked with lifting the Carlist siege of Bilbao, had been repulsed after two days of fighting. The Liberals suffered over a thousand killed and countless wounded.
Morriones, aware of the impossibility of the endeavor, had just sent a telegram: "Unable to break the enemy's line. Send reinforcements and another commander." In Madrid, the telegram produced an enormous uneasiness. General Serrano decided to resign the Presidency to take charge of the military operations. At that time, the civil war had lasted two years and its outcome remained uncertain. The Carlists continued to besiege Bilbao and tried to conquer it, despite the impossibility of their goal. Taking Bilbao was an old Carlist obsession; they had already tried it during the First Carlist War. Now, just as before, the Carlists sought to access Bilbao’s resources and obtain a success that legitimized Don Carlos’ claim to the throne in front of international powers. The pretender refused to accept the first republican government in Spanish history, which had been established after the abdication of Amadeus of Savoy.
Antonio had not forgotten the moment of his enlistment in the army, just two weeks earlier: exactly a year after the foundation of the Republic. Hounded and already mortally wounded, the Republic would limp on another ten months before finally expiring. The desperate financial situation—an enormous budget deficit and large payments immediately due to creditors—and the ensuing political instability had led to rising unemployment, hunger and unrest in the countryside. Benito Perez Galdos described the situation in his National Episodes: "the ungodly civil war, nefarious monster that showed me only her painful limbs. Two armies, two military families, equally impassioned and heroic, tore themselves apart for a throne and an altar. It would be difficult to say which of the two aged furnishings was more severely battered and bloodied by the fight. In the annals of world history, quarrels and a race’s pursuit of an ideal appear noble. Conflicts as vain and stupid as Spain saw and withstood during the nineteenth century, justified by illusory familial inheritance rights and scraps of a Constitution, ought appear only in the history of cockfights.”

After five days’ travel by train, Antonio arrived in Santander. The city had been converted into a huge military camp, where reinforcements mingled with those wounded in the previous battle. Four days later, on March 7, Antonio departed for the front lines at Santoña.

The cover of the contemporary edition of Spanish and American Illustration amply demonstrates the national crisis which Spain was enduring. The caption reads: "We would prefer to introduce this magazine by announcing a great and fortunate event of those which the country has been awaiting with growing anxiety [...] we will have to delay a few days. Impatience devours us in anticipation of upcoming developments that will free our country from a harrowing and fratricidal war.”

Antonio was one of twenty thousand men that Serrano had under his command. Their regiment, the Eighth Infantry of Zamora, 2nd Battalion, was part of the Colonel Fajardo’s 1st Brigade, which was encompassed in the 1st Division commanded by General Andía, which in turn formed, along with sixteen battalions, the 2nd Corps of Field Marshal Primo de Rivera.
The aftermath of the previous defeat was immediately apparent to the soldiers. The rest of the country could get an impression through the drawings published in Spanish and American Illustration. One image of a field hospital was described as follows: "It was necessary to convert the parish church of Somorrostro into a vast field hospital, whose atmosphere stamped a profound impression of grief and bitterness into the soul. There was a dreadful muddle between objects of worship and those belonging to the Military Health Service. The pavement was covered with straw and crowded with mattresses that had been commandeered from the population. In them lay those unfortunate enough to have been more or less severely wounded. Some complained plaintively, others shouted desperately, no few were already immobile, with blank stares."
Field hospital at Somorrostro, drawn by José Luis Pellicer for the March 22, 1874 edition of Spanisand American Illustration

The magazine also included an explosion which had occurred a few days earlier in front of the Church of St. John: "Suddenly a vivid flash outshined daylight for a moment, and a horrible sound reverberated. One of the aforementioned wagons was filled with two large drawers of powder and no small amount of loaded fuses and detonators. It had burst into flames, causing a horrific explosion. Overcome by panic, the soldiers fled. Alas, many unfortunates fell victim of this unexpected event, which was of the magnitude of a true catastrophe.”

However, the battle had not even started, and the worst was yet to come.